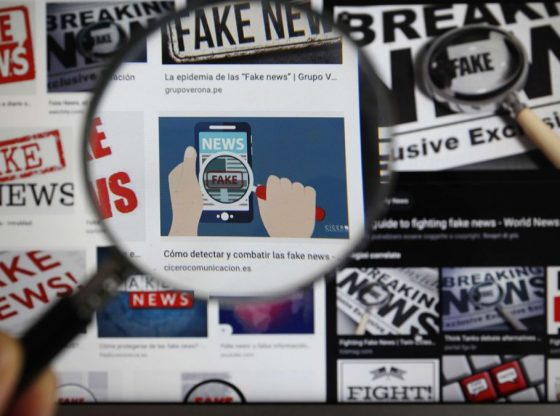 They came from The Book of Veles by Jonas Bendiksen, an award-winning documentary photographer who had traveled to North Macedonia, which had been home to a vibrant fake news industry during the 2016 US election. “I imagine any minute now Jonas will reveal that the people in the images are computer generated as a ‘clever’ ‘take’ on fake news,” Chesterton tweeted—words Bendiksen read with a surge of relief. The next day, the prestigious cooperative Magnum Photo posted an interview in which Bendiksen revealed that although he had traveled to Veles, every person and bear in his images was digitally faked using 3D models like those used to make videogames. Visiting Veles, a once communist city like those he had photographed before, could provide a way to offer his own perspective on fake news. Searching online, he discovered the city had associations that could add conceptual dressing: A Slavic god of trickery named Veles features in an archaeological text called The Book of Veles, now believed to be a 20th century forgery.

“This was much easier; I had no intention of meeting anyone.” As he toured shabby streets and factories, he also pursued himself, trying to imagine what images typical of his own work would satisfy people’s expectations. At each location where he took a photo, he also used a pocket-sized 360-degree camera to capture the lighting so he could later recreate it with fake people.His approach had more in common with conventional photo manipulation and Hollywood special effects than with deepfake imagery, generated with machine learning, which has spurred concerns about a new wave of trickery.

This website uses cookies to improve your experience while you navigate through the website. Out of these cookies, the cookies that are categorized as necessary are stored on your browser as they are essential for the working of basic functionalities of the website. We also use third-party cookies that help us analyze and understand how you use this website. These cookies will be stored in your browser only with your consent. You also have the option to opt-out of these cookies. But opting out of some of these cookies may have an effect on your browsing experience.
Necessary Always Enabled
Necessary cookies are absolutely essential for the website to function properly. This category only includes cookies that ensures basic functionalities and security features of the website. These cookies do not store any personal information.
Non-necessary
Any cookies that may not be particularly necessary for the website to function and is used specifically to collect user personal data via analytics, ads, other embedded contents are termed as non-necessary cookies. It is mandatory to procure user consent prior to running these cookies on your website.
SAVE & ACCEPT